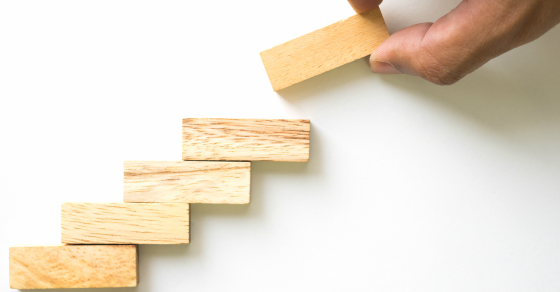 3 Ways to Be Successful at Long-Term Goals

None By Homaira Kabir

Success is the one thing we all value in others, and want for ourselves. Yet it's the very thing that evades the vast majority of us when it comes to many of the long-term goals we pursue.

Success in long-term goals requires a quality that professor Angela Duckworth at the University of Pennsylvania calls “grit.” She defines grit as deep passion and dogged persistence—both of which, sadly, seem harder and harder to come by, especially the longer the journey is.

There are reasons for this: Within each of us are paradoxical motivational drives—the emotional circuits that seek out short-term pleasures and the more conscious ones that are concerned with future goals. Resolving these opposing drives lies at the heart of long-term success.

However, this can be a struggle, given that we live in a day and age where our emotional circuits are being fed and fattened by industries that have none but their own interests at heart. We're incited to be angry and afraid, we're incented to pursue instant gratification, and we're distracted by notifications and funny cat videos until our own attention span has become shorter than that of a goldfish. No wonder grit is fast becoming an elusive virtue.

But there's a way we can build it without having to count on willpower alone. After all, willpower is a depleting resource that wanes over the course of the day, tires out with self-restraint, and needs constant refueling. We may need something a little more reliable so we don’t fall into the regular procrastination, self-criticism, blame, and excuses that are part of failed long-term goals.

This is where creating powerful habits comes in. We're creatures of habit, for the most part engaging in automatic behaviors that may or may not be working for us. Powerful habits are those that replace unhelpful behaviors with behaviors that are aligned with our long-term goals. Once in place, they run on auto, which means that even the emotional brain can steer us into what's pleasurable in the moment but detrimental in the long run.

Take a moment to identify a goal you deeply desire, then see how one or more of these 3 ways of building powerful habits can help you achieve it.

In his book The Power of Habit, Charles Duhigg identifies the 3 steps of the "habit loop"—the cue, the behavior, and the reward. The cue is a preexisting behavior that reminds you of the new habit you're trying to instill, while the reward gives a little jolt of dopamine that ensures that your habit becomes sticky. Cues can come in many forms. They can be as simple as placing your floss right next to your toothpaste if you want to create a habit of flossing (toward your goal of looking after your teeth), or as creative as changing the password on your computer to one that reminds you multiple times a day of the new behavior.

Rewards don't need to be complicated. A little tick off your to-do list, or simply savoring the behavior after you do it, will ensure that it registers in your brain as a feel-good activity—increasing the chances of you engaging in it again.

If/then plans are a way of bypassing the emotional circuitry that detracts us from our long-term goals. They work so well because they prepare us for contingencies, so we’re not at the mercy of an excitable emotional brain when we’re faced with unexpected events on the journey to our long-term goals. Psychologist Peter Gollwitzer at NYU has found that if/then planning leads to significantly higher success rates for almost every kind of goal. So if your goal is to eat healthier, you'd want to ready yourself for the challenges that may arise, such as eating out with buddies. Your if/then plan could be, "IF I'm at a restaurant, THEN I will opt for fruit instead of dessert after the meal." You won’t waste precious mental energy arguing with yourself about how delicious the chocolate tiramisu sounds (and risk giving in to it); instead, you'll stay well on track.

Although not a researched strategy, intentions and questions are my personal favorite ways to set habits toward long-term success. In this two-pronged approach, each morning you set yourself an intention to stick to your habit. Setting an intention brings it to the forefront of your consciousness; this is vital given that we're bombarded by so many apparently urgent matters throughout the day that it’s easy to lose focus on what's important. Then, every night, ask yourself whether you took the action you intended to take. I've found that in the silence of the night, it's far more difficult to avoid the probing gaze of the conscious self, or have it believe feeble excuses that only sound credible in the noise and busyness of the day.

Focusing on behavioral change (rather than grit or willpower alone) has one more advantage aside from helping us reach our goals: It also molds the person we become, so we’re happier with ourselves toward the end of our lives.

And isn't that what success is truly all about?

Homaira Kabir is a positive psychology coach and a researcher on women's self-esteem. You can find lots of free resources on building authentic self-worth on her website (www.homairakabir.com).